La Mesa, a coalition of Florida non-profit and community advocates, wants you to be informed as to how our people are having an impact. Our goal is to build power for Puerto Ricans and Latinos in the state of Florida.

We’ll be updating you on some of the latest happenings catching our attention in the state and beyond, with a focus on how boricuas are having an impact. Here’s an update for June. 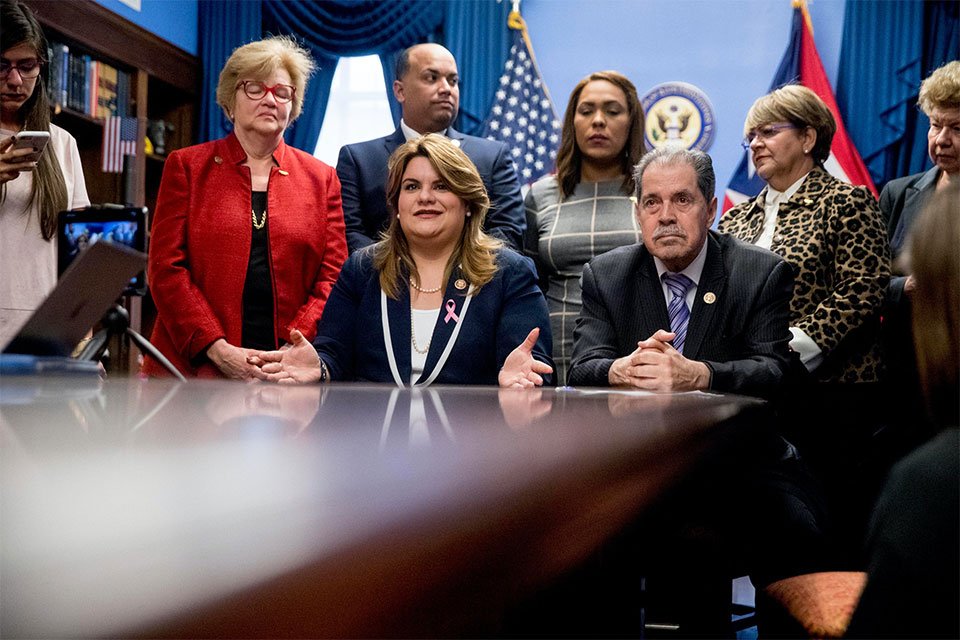 A push to pass a bill that would resolve Puerto Rico’s status quo is quickly turning into a bonanza for pro-statehood lobbyists. 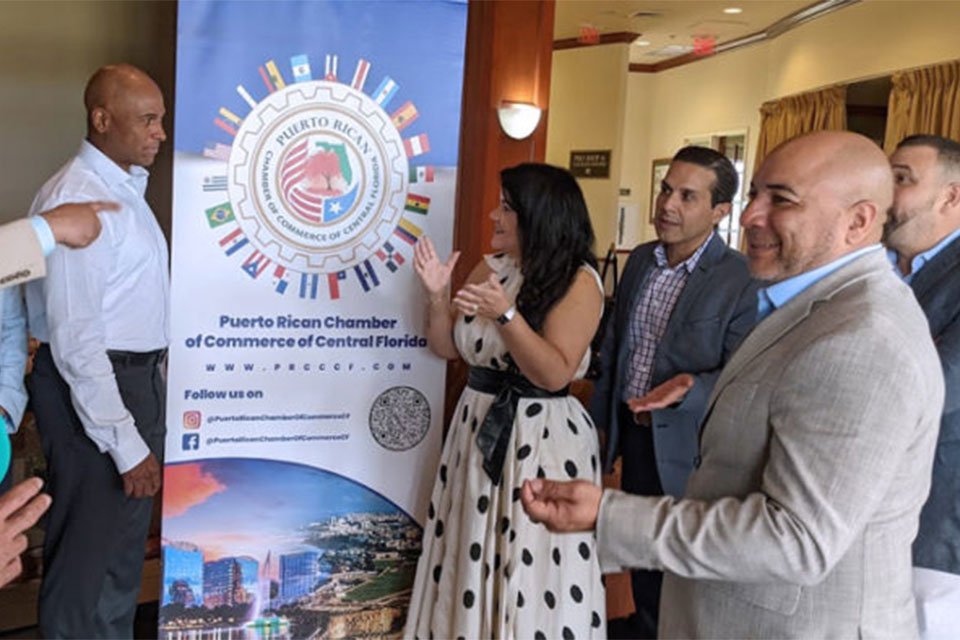 In spite of the challenges posed by 2020, the Puerto Rico Chamber of Commerce of Central Florida has had banner success over the past year in its vision of becoming the voice for Central Florida small business. 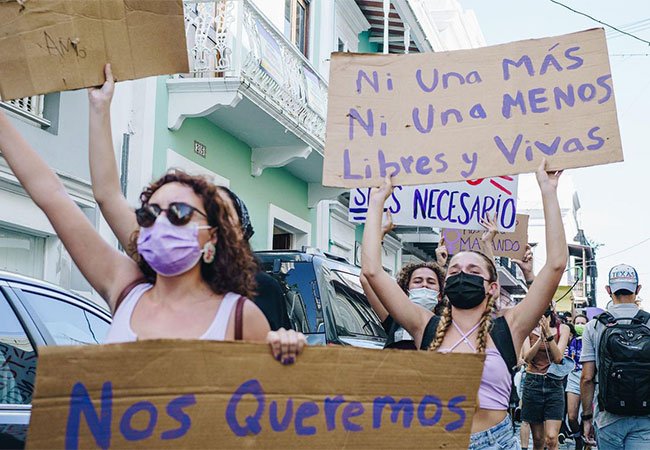 A recent premiere for “In The Heights” in this mecca of the Puerto Rican diaspora was a chance for the filmmakers to finally release a project that was held back due to the pandemic. 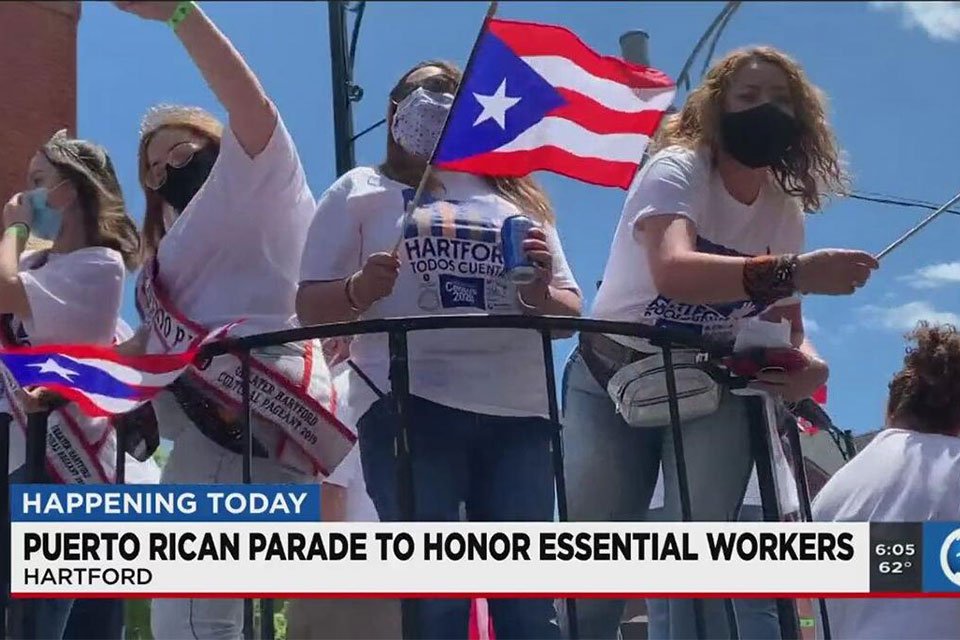 The capital city of Connecticut saw its annual Puerto Rican Day Parade come back this year, after it was cancelled in 2020 due to the Covid-10 public health crisis. 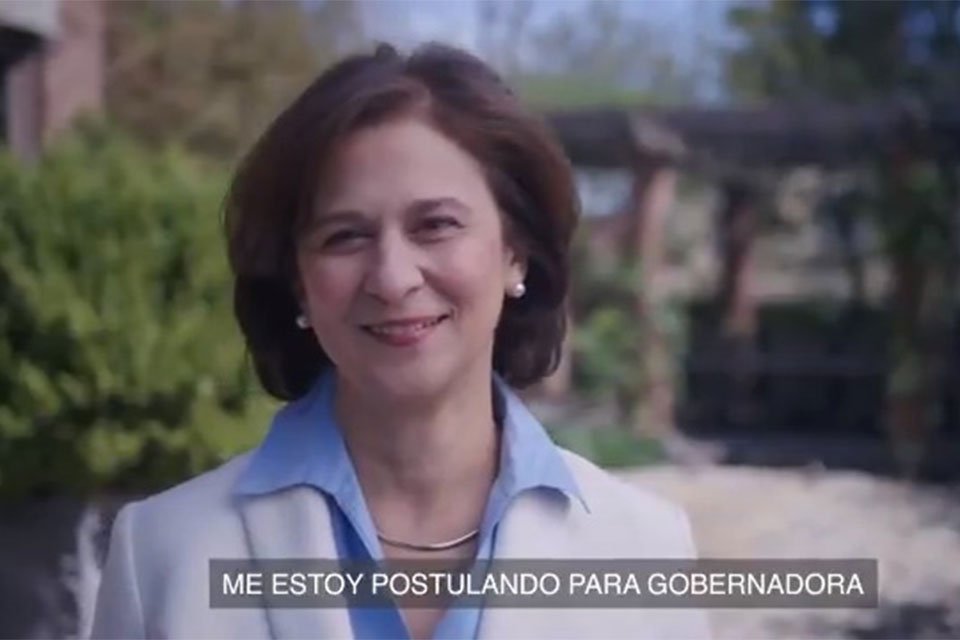 Nellie Gorbea might make history as the first Puerto Rican elected governor of state in the Union, if her campaign for that seat is successful in 2022. 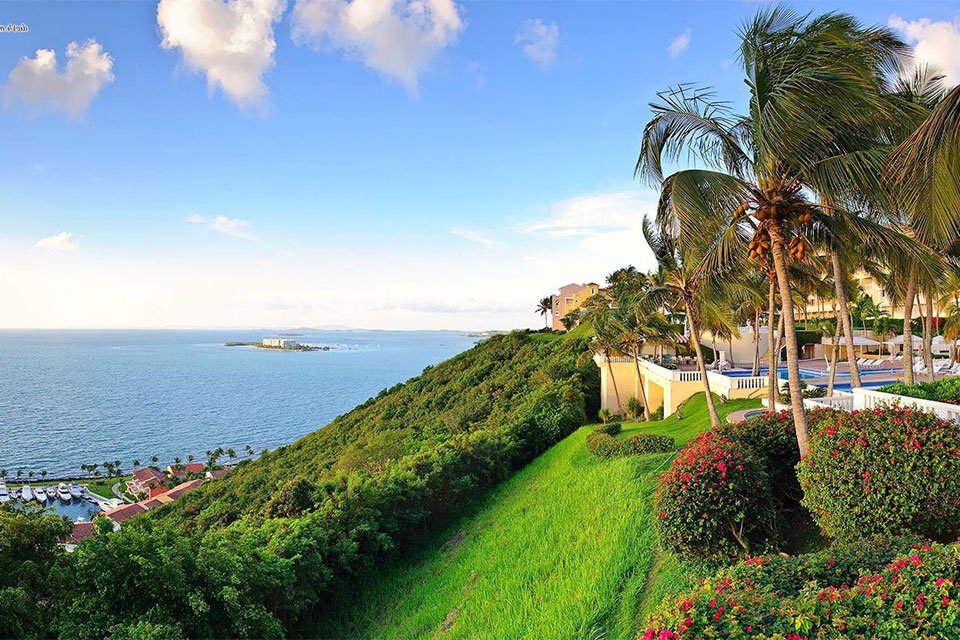 The party is over for the hedge fund managers and crypto traders that have made Puerto Rico a destination for anyone trying to avoid U.S. capital gains taxes.

A long-time Puerto Rican news anchor is making it big as she transitions to social media.

A push to pass a bill that would resolve Puerto Rico’s status quo is quickly turning into a bonanza for pro-statehood lobbyists. Recent investigations have shown how the push to get Congressional allies to sign on to the pro-statehood bill in Congress is being carried by lobbying firms with ties to both Democrats and Republicans, and boasted by small-group of pro-statehood leaders that have been promised six-figure salaries.

This year, they have significantly ramped up spending, to over $320,000 in the first quarter according to The Intercept, and additionally hiring Michael Best Strategies, a government affairs firm headed by Trump’s former White House chief of staff Reince Priebus. As the news site points out, many of the same lobbyists have in the past few years advocated for measures in Congress that have been negative for Puerto Rico, including the much-hated PROMESA Act and various “disaster capitalism” measures that have brought in a feeding frenzy of asset acquisition to Puerto Rico but resulted in few benefits to the economy there.

Besides the Beltway insiders, a special election held last month — to the lowest voter turn-out of any election in Puerto Rican history — selected six pro-statehood officials to serve as publicly-funded lobbyists for statehood. While most of the news of that development have been around the fact the tiny minority of voters chose to include disgraced former Puerto Rican governor Ricardo Rossello within those six, there is also the fact that the governor of Puerto Rico is budgeting over $200,000 as a yearly benefits package for each of those elected pro-statehood spokespersons.

In spite of the challenges posed by 2020, the Puerto Rico Chamber of Commerce of Central Florida has had banner success over the past year in its vision of becoming the voice for Central Florida small business.

The organization has created “Lead Groups” in Orange, Osceola, and Seminole counties, has resumed in-person networking events and plans to bring back a yearly fundraiser that was put on ice during the pandemic. Also in the pipeline are fundraising programs, such as scholarships to benefit students, and one community agency in the area to contribute to their social work plans.

The organization claims 200 to 250 members and expects to grow significantly in the next several years. The Chamber has been promoting its ties to government contracting and special aid given out during the pandemic.

A recent premiere for “In The Heights” in this mecca of the Puerto Rican diaspora was a chance for the filmmakers to finally release a project that was held back due to the pandemic. Bringing the star power of producer Lin-Manuel Miranda and playwright Quiara Alegría Hudes, the movie promoters are attempting to make its release not just a film moment, but a cultural touchstone as one of the first big movies to be released in theaters again.

Miranda seems to be riding a wave of interest for blockbuster musicals about Latinos in America. (Steven Spielberg’s remake of 1961’s West Side Story is due out in theaters in December.)

Paired with the release, New York City’s official tourism organization is launching a campaign tied to the film to promote Washington Heights. The campaign includes various resources on the NYCgo.com website, including a guide to the neighborhood and the broader upper Manhattan area designed to help visitors take in destinations featured in the film, such as J. Hood Wright Park and the pedestrian tunnel at the 191st Street subway station.

Miranda, who co-produced the film, said his own life journey is inseparable from In the Heights, which includes childhood memories and family experiences from growing up in Washington Heights in the 1980s. He plays a small role in the film that he says is a homage to his grandfather.

The capital city of Connecticut saw its annual Puerto Rican Day Parade come back this year, after it was cancelled in 2020 due to the Covid-10 public health crisis. That puts it ahead of the famous New York City parade, which will be virtual for a second year in a row.

The parade was somewhat downsized from prior years, and keeps the ongoing tail end of the health crisis in mind — many of the floats and messaging is around asking people to get vaccinated or thanking frontline health workers.

The New York parade, by contrast, will again be virtual this year, broadcast as a show on the local ABC station on June 13. The parade with which Puerto Ricans celebrate their presence and contributions to this country will have as great marshals to the cast of the film “In The Heights”, which precisely arrives in the cinemas that weekend and is based on the successful musical of the same name by Lin-Manuel Miranda and Quiara Alegría Hudes.

Nellie Gorbea might make history as the first Puerto Rican elected governor of state in the Union, if her campaign for that seat is successful in 2022.

The current Rhode Island Secretary of State, a position she has held for six and a half years, Gorbea officially kicked off her campaign in late May. She will run to be the Democratic nominee of a blue state with a population just shy of 1.1 million residents.

Gorbea arrived in Rhode Island 30 years ago, right after finishing college, and has worked in various community and political roles since then. Among the topics she is highlighting as she begins her run for office: the need for a strong economy, high-quality education, affordable housing and climate-resistant infrastructure.

It is estimated that 16.3% of Rhode Island’s population identifies as Latino, including 3.9% who are Puerto Rican.

The party is over for the hedge fund managers and crypto traders that have made Puerto Rico a destination for anyone trying to avoid U.S. capital gains taxes. That’s at least the message the Biden Administration is sending out, beginning with a coordinated campaign to question the several thousand uber-wealthy people who have moved to the island since 2012 to take advantage of special personal tax carve-outs.

Some 4,000 people have moved to Puerto Rico over the past decade to take advantage of so-called Act 20 and Act 22, a local law that treats capital gains of new Puerto Rico residents extremely favorably. Biden’s tax proposal, published in late May, specifically targets those who have taken advantage of Acts 20 and 22, which could potentially end up taxing their capital gains as ordinary income — hence eroding the very tax loophole they moved to Puerto Rico for. Biden’s tax plans also look to tighten reporting requirements for those making large amounts of money selling cryptocurrency, a group that is disproportionately represented amongst those wealthy Puerto Rican newcomers.

Another loophole some companies were using in Puerto Rico to avoid paying corporate tax would also be closed in the plan. While some had hoped the Biden Administration would look at reviving the special tax treatment for industry in Puerto Rico, that is not included in the proposals.

A long-time Puerto Rican news anchor is making it big as she transitions to social media. Former Telemundo news personality Maria Celeste Arrarás said this month that her YouTube-based celebrity talk show recently surpassed one million views. She has been producing the show since January.

The first figure invited to arrarás’ show was Mexican-born journalist María Elena Salinas, now at CBS News, who left Univision after a fruitful 37-year professional career at the outlet.

The social media success raises the profile of a Puerto Rican media leader who has expressed political aspirations in the past. Earlier this year, Arrrarás briefly flirted with the idea of running for the U.S. Senate as a Democrat.

Alianza Center is thrilled to offer a one-of-a-kind leadership experience to our community’s youth, at no cost this summer, centered around topics like: environmental justice and health, stewardship of the Earth, communications, arts and crafts, entrepreneurship, STEAM, theater and film.

With an emphasis on civic engagement, youth will exit the two-week program with knowledge and skills to lead in key areas and issues in our community, specifically environmental justice and health. This program is available to youth of all ages and features daily guest speakers, hands-on activities, projects, field trips and free breakfast and lunch.

Join PRDLEF for a #LatinaTrailblazers Celebration! The event will celebrate 5 #Latinas whose achievements & commitment to #justice continue to have a mighty impact on the wellbeing of members of the #Latinx communities. RSVP: http://bit.ly/TrailblazersLJ 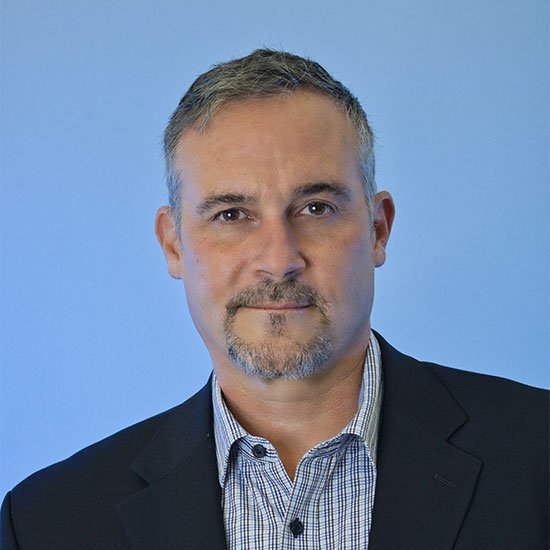 Marcos Vilar, executive director of Alianza for Progress, on using the “Build Back Better” momentum to push for universal affordable broadband

From stories of people who could not access unemployment benefits in Florida because they did not have a reliable connection to the state website to the heartbreaking reality of children who missed out on a full year of schooling simply because they did not have internet access at home, those without broadband fared the worst in 2020. Measured against these stark realities, it becomes clear why adding broadband subsidies to low-income families is a must, not only to benefit those families, but to make sure the rest of President Biden’s vision can become a reality. 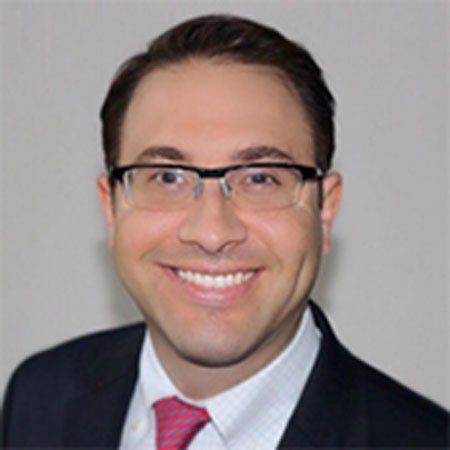 The way that [pro-statehood officials] govern in Puerto Rico is pro-privatization, pro-bondholder. But with liberal groups, grassroots people, people in the diaspora, new parties on the island … the diversity of those who don’t support ‘statehood my way or the highway’ is growing. 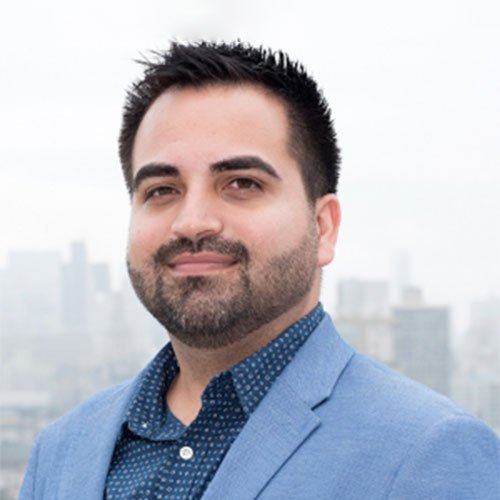 Celebrating Pride will be a cultural and educational space to highlight LGBTQ+ Pride month. In addition, it will serve as a tribute and space of remembrance to all the people impacted by the tragedy in Pulse. We invite the entire Latino community to join this great event that seeks to put aside prejudices and celebrate strength in diversity. 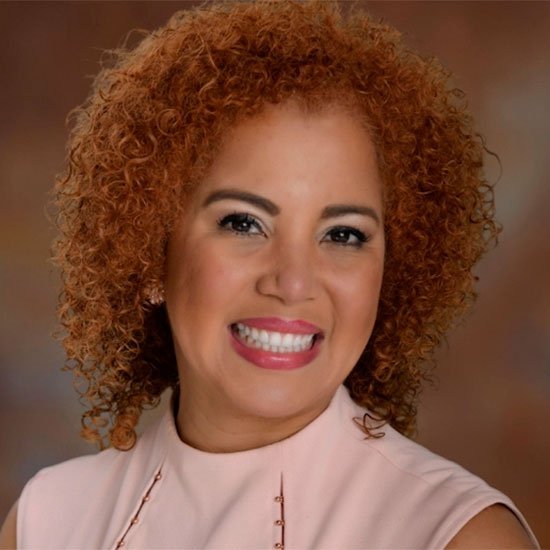 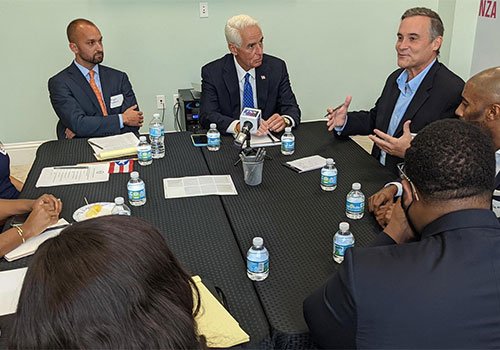 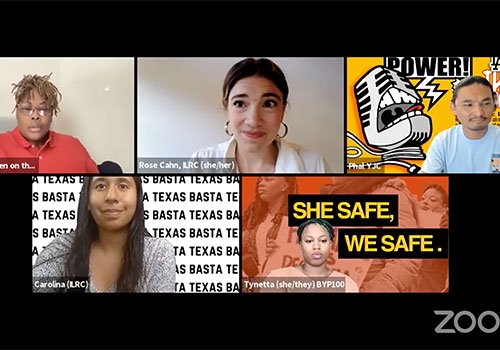 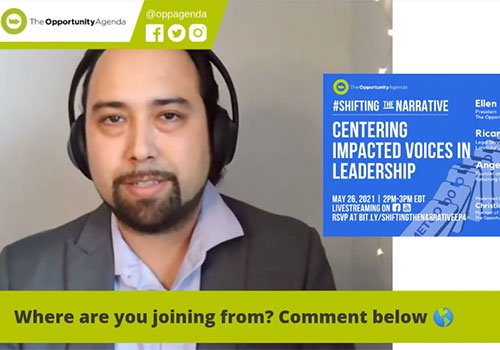 Opportunity Agenda - Shifting the Narrative - A discussion on what advocates are pushing forward in the fight for gun sense, #MeToo, and related issues. 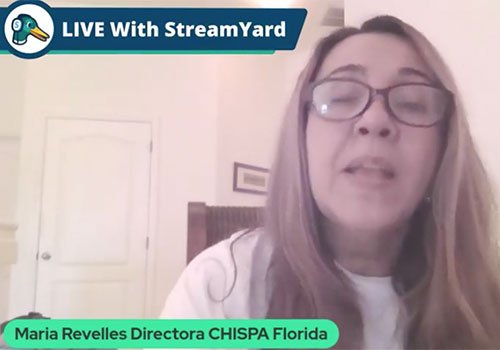 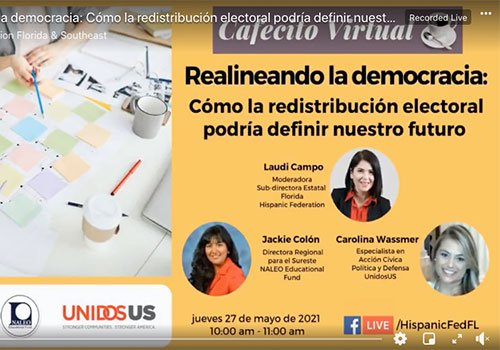 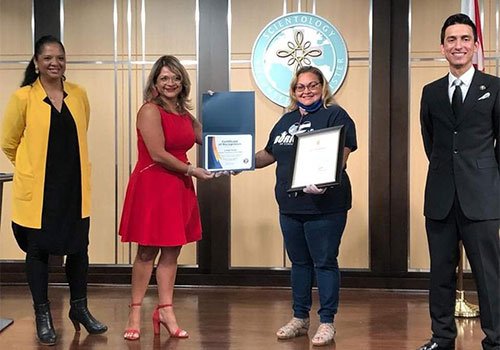 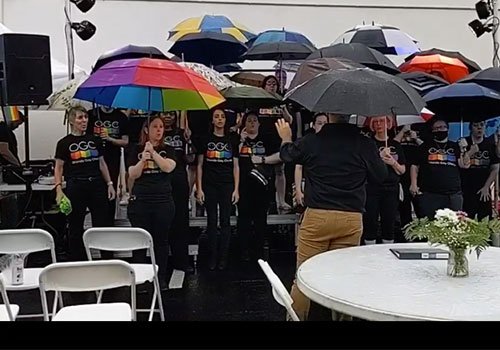